First the Gripes. At the September 1 Town Council Meeting, Councilor Deb Pellegri used her Councilor Comment period to criticize residents who had participated in a protest on the Town Common during the visit of Sen. Elizabeth Warren. Her ire was directed, in particular, at sitting councilors and candidates that had “stood with” the protestors.

That bit of history was what mainly occupied the Citizen Comment portion of the meeting with Maple Street resident, Jane Callaway-Tripp accusing Pellegri of choosing to only represent some of her constituents and not listening to others. In particular she asserted that Pellegri’s comparison of Franklin citizens to insurrectionists was slander, a violation of Roberts Rules of Order, and in particular, of the town’s “civility pledge,” which she said that Pellegri had voted for.

Later, Diana Bosley from Alpine Place spoke briefly, saying she agreed with Jane’s comments. On the other hand, Colin Cass, a Longhill Road resident rose and spoke, mostly in agreement with Councilor Pellegri. He said he supported the right to protest but faulted protesters for not responding to Senator Warren’s request for a moment of silence to honor a fallen marine.

Nor were those the only comments. Elm Street resident Jackie Maciel described her research on the town website into the issues relating to downtown zoning and concluded by asking how much was being spent on a previously referenced study being conducted by Metropolitan Area Planning Council and also what made them qualified to do the work.

Nancy Danello, Town Clerk, also used the Citizens Comment period to update the Council and viewers on the election. She said two town council candidates and two school committee candidates have dropped out in recent days and others can also do so up until Sept 30, at which point ballots can be printed. She did mention that staff in her office are working on a candidate’s night for Oct. 14. Oct. 13 is the last day to register to vote in this election.

After quickly approving minutes, the Council moved on to proclamations and recognitions. Those included:

> The retirement of Sergeant Lee Drake after 25 years with the Franklin Police. Chief Lynch noted Drake’s important role in solving a number of prominent crimes, including capture of the locally infamous “tear drop” bandit. Representative Jeff Roy read and presented recognition proclamations from both the Mass. House of Representatives and the Senate.

> Louis Marguerite was promoted to Sergeant and sworn in by Town Clerk Danello.

> Jan Prentice was confirmed as an associate member of the Franklin Historical Commission.

> Chuna Keophannga and Tyrel Hansen were appointed to the Finance Committee

Since there were no hearings scheduled, the Council moved on approval of an “all alcohol” license for Franklin Shed, LLC, to be located at 340 East Central Street, approximately across the street from the Town Building. Attorney Richard Cornetta introduced the proprietors and managers to the Council and the made a brief presentation, describing their plans for an “upscale” but casual establishment with “fresh food” and TV screens and (seasonally) an outdoor patio.

Councilor Andrew Bissanti asked whether employees would be TIPS Certified [a skills-based training program designed to prevent intoxication, underage drinking, and drunk driving]. The restaurateur replied that the company did plan to provide that training.

The Council unanimously approved the license and even “voted twice” on language required by Franklin Shed’s bank, effectively making the license an element of collateral in their financing.

The Council heard two scheduled presenters, Jennifer Knight-Levine, Executive Director of the Safe Coalition, gave an update on her organization’s work since its founding in 2015 with the help of people from Franklin. She said the focus has remained on addressing substance abuse problems in the region but she said the organization has grown – now with two full-time staff members and 5 part-timers.

And, the offerings have grown dramatically, even including blood drives and vaccination clinics.

She described the multi-year chemical treatment program and documented its successes – complete elimination of detectable milfoil and a substantial reduction of the water chestnut population. She noted that some seeds can remain viable for several years and stressed the value of continuing the program, which to date has cost more than $100,000.

Councilor Bissanti asked about invasive fish – carp – and wondered about DelCarte’s future for fishing. Delmore said once the invasive plants are under control a transition to native fish species might be possible.

Councilor Brian Chandler asked whether there were any alternatives to chemical controls and Delmore said yes, primarily manual removal of plants, which is difficult and likely expensive.

The only subcommittee report came from Councilor Hamblen, for the Economic Development Committee, which she said had been discussing town branding and “wayfinding signs” – and would be meeting again on the 20th, prior to the next Council meeting.

Town Manager Jamie Hellen offered to put the $8 annual increase in context and noted that trash fees stood at $300 per year in 2005 -- $14 higher than the rate with the new increase (similar comparisons were cited by DPW Director Robert “Brutus” Cantoreggi at an earlier meeting). Hellen credited the hard work of staff for lowering those fees and keeping them low in subsequent years.

Bissanti said “he had no issue” with increase but was not happy with the general trend of increasing fees. Other councilors also expressed similar sentiments, in the end, approving the measure unanimously.

At that point, Chair Tom Mercer was about to move on when he was interrupted by resident Theresa Shea. She said, “I didn’t want to call in but I had to address Jamie’s [Hellen] comment about the trash fees.” Shea explained that she had gone before the council in the early 2000s and got permission from Chair Bob Vallee to investigate. “We found that the town didn’t have a designated trash account and was simply raising the fees to pay for other things.” That, she explained, was the primary reason trash fees dropped sharply after 2005, not the “hard work” by staff cited by Hellen.

No one refuted her statement and the Council then went to Councilor Comments which included, enthusiastic statements about the Cultural Festival, a suggestion by Councilor Glenn Jones that bike racks be installed on the Common and questions about when citizens might have a chance to tour the Davis-Thayer School.

The Council adjourned around 10 pm. 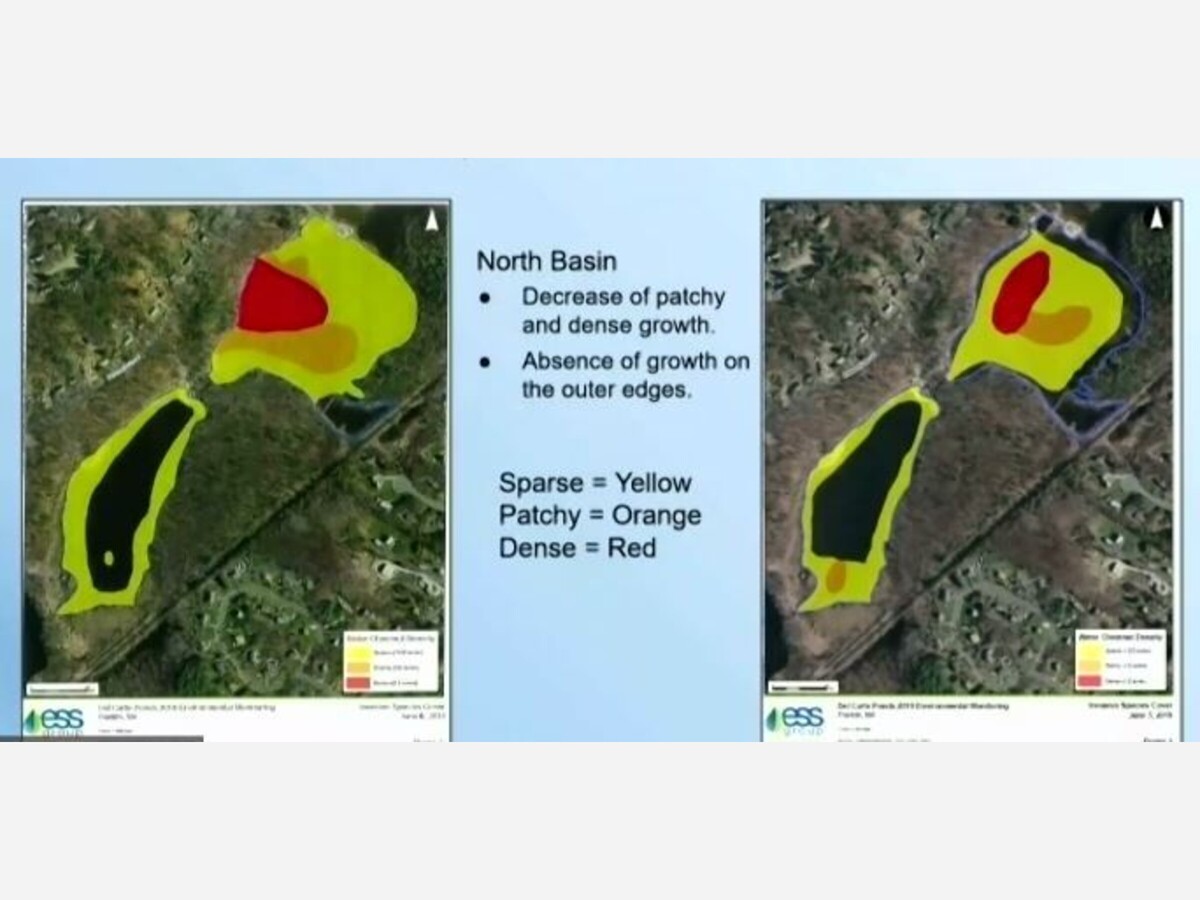 Every election, voting machines get tested and this year was no exception
Alan Earls Editor

Fiscal challenges ahead a common theme for many candidates.
Alan Earls Editor

Evening's most lively moments were between the two candidates for Town Clerk.
Alan Earls Editor

SONS OF THE AMERICAN LEGION SQUADRON 75, FRANKLIN MA -- For Veterans, For Community, For Children --- Click for More Info on how to join!