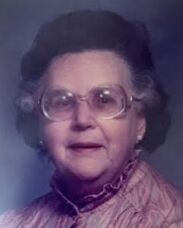 What follows is from an unpublished manuscript by the late Barbara Smith, a co-founder of the Historical Museum and local historian who died in 2006.

The people who settled in what is now know as Franklin came predominantly from two directions – Medfield and Wrentham.

In 1720, nineteen families asked for, and received, permission to move further west. As these people still continued to attend church in Wrentham Center they did not settle in the usual way, which was to lay out a common and meeting house.

For the next 17 years they asked for permission to have a Meeting House, but permission was denied. Finally, on Dec. 23, 1737, Governor Belcher signed the papers that “granted legal existence to the Second Precinct of Wrentham.” They had waited so long for this to happen (and afraid it never would) that they were totally unprepared as to land necessary for a Meeting House, the business of organizing a church, and the hiring of a minister.

They set to work and on Feb. 16, 1738 (old calendar) the covenant of the Second Church of Christ in Wrentham was signed.[i]

Sept. 11, 1739 the deed for an acre of land, from Thomas Man,[ii]
was accepted by this Second Church. The Parish would build their First Meeting House on this property. The building stood on a slight hill near what is now Highland St. and north of the set of lights at Beaver and Oak. St. The roads were not in the same location as they are today.

In 1771 it was voted to build a new Meeting House. Another 17 years would pass before land was purchased and the Meeting House was built.

In 1787 and 1789, 2 pieces of upland were purchased by the Rev. Nathaneal Emmons, in the name of the Congregational Church and Parish, from John “Ensign” Adams.[iii]
This wedge of land consisted of a total of 10¾ acres and 1 rod.

Early records show that at the time of purchase, the land was covered with pitch pine.[iv]
Samuel Lethbridge was hired to clear it. In 1797, a bill of $92.15 was paid for blasting powder, plowing, hay see, victuals and drink, from which the church deducted $31.24 credit for 20 bushels of buckwheat, hay, and stones, and you have $60.91 expended in completing the victory over nature.

As church and town were still one in many ways, it was by vote of the town (Apr. 6, 1801) that William Adams (son of John “Ensign”) plans poplar trees around three sides of the Common. From that time was called the “enclosed common.” In 1844 the Common Assoc. was formed and this group leased that property from the First Congregational Parish.

From the original wedge of land there was the section for the church buildings, the enclosed common, training field, and parts were used as gardens.[v]
In later years, all but the church area and the common as we know it today, was sold for house lots.

March 25, 1868 – the church “voted that a committee be chosen to take legal council [sic] relative to a lease given by the Parish to the Common Assoc. on April 22, 1844. Also, that the committee be authorized to obtain a legal written opinion relative to the present legality of said lease and report to said Parish at their next annual meeting.”

April 14, 1868 – “It was voted that the Parish shall sell their enclosed Common for the sum of two thousand & five hundred dollars to the Town of Franklin, provided the sum of one thousand dollars be raised by subscription.”

June 17, 1846, a granite monument was erected, with suitable public services, in memory of the Rev. Dr. Emmons. It was placed near the center of the common, by the route he took (for approx. 39 years) on his way to the Sabbath Service. On May 5, 1868 (before giving the deed to the Town) the church voted to have the monument moved to the Union St. Cemetery. Mr. A.C. Daniels was hired to do the moving.

There has been only one church involved, but it has had several names which may lead to confusion –

The Original Congregational Church in Wrentham was from –

When Franklin became incorporated Mar. 2, 1778, both the First and Second Churches changed their names.

1868 -- Town of Franklin purchase the Common from parish

1893 – Spanish-American Monument paid for by donations. Shrubs paid out of the Fletcher Fund.

[i] In the early days of Massachusetts history and church listed as “Church of Christ” was Congregational. It was the predominant denomination at that time

[ii] Thomas Man was great-grandfather to Horace. Early records show their name spelled with one “N.” Horace’s great-grandfather, the Rev. Samuel Man, was the first minister in Wrentham, starting his ministry there in 1692.

[iii] John “Ensign” was a son of John Adams who came to America because he was press-ganged on a ship in England. HE escaped to Medfield, was captured, escaped again, and hid in Wrentham. From there he moved to the West Precinct where he settled on Washington St.

[iv] Legend has it that the common was once used as a burial ground. There is no historical source for this. Before the church purchased the property the City Mills Cemetery and the Union St. had long been in use.

[v] The church records for 1868 show the following income –

Original deed for the property, written by John Adams

Records of the First Congregational Church