According to Deputy Fire Chief Joseph Barbieri, the Metacomet Regional Dispatch Center received a call from a Shady Lane address, just after 9 am on Monday, reporting smoke coming from a wall. Contractors had been on scene doing work on the exterior siding.

A first alarm assignment was dispatched. “That brought our Engine 1, Engine 2, Rescue 1, Tower 1, Brush 1, Car 3, a Norfolk Engine, and Plainville Ambulance,” said Barbieri. At the time, Franklin’s Ambulance 2 was transporting to the hospital from another call just prior to this incident. An additional Bellingham Engine was requested to the scene and a Foxboro Engine covered the station.

As if that wasn’t enough, there was a simultaneous call on Lincoln St that a mutual aid Medway ambulance handled.

At the residence, according to Barbieri, it took the Franklin Fire Department approximately 14 minutes to extinguish the fire. There were no injuries on scene. However, dense gray smoke blanketed the interior and at times poured from a door and window requiring the department to don apparatus.

Franklin Fire also cut through sections of exterior wall to get at any remaining fire. 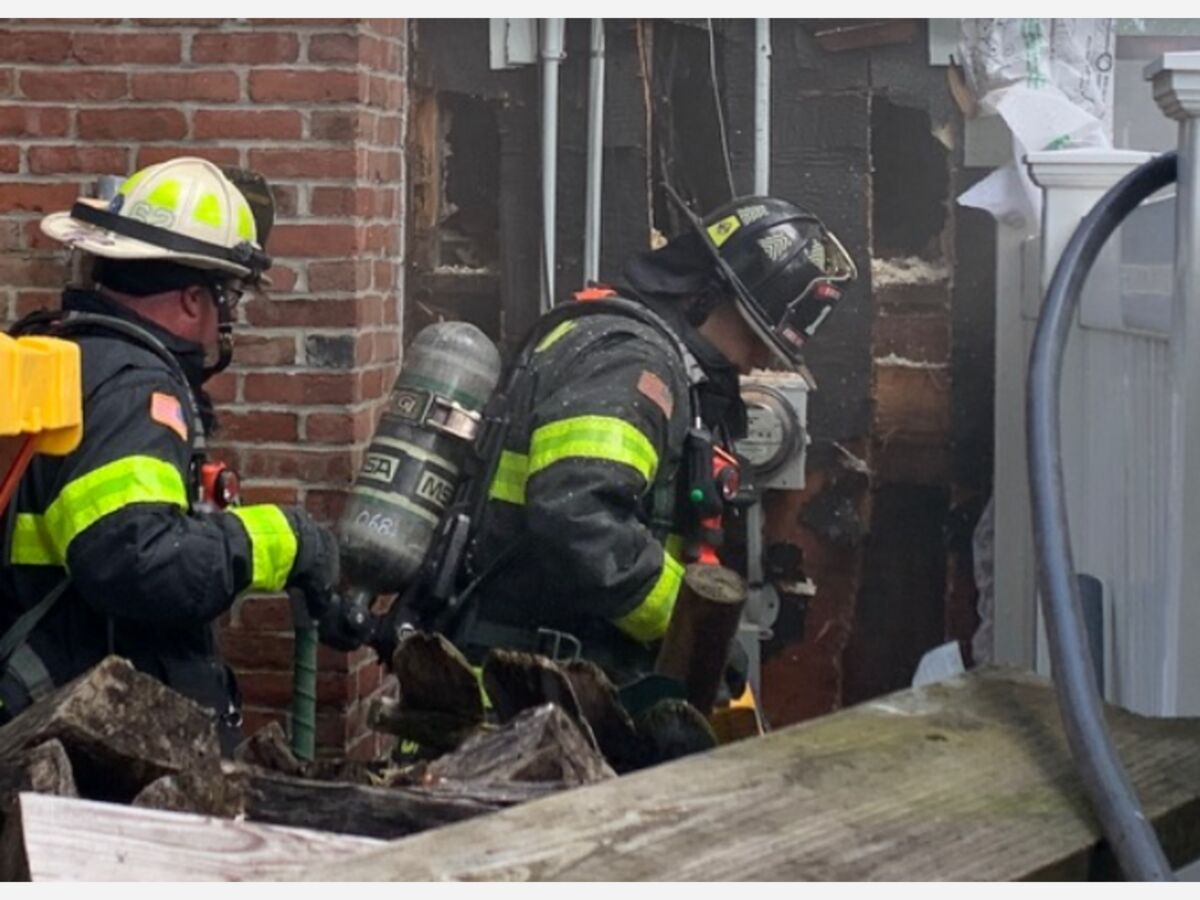