Above, Vicki Earls, Rocco Cavallaro, and Nancy Rappa -- the team that brought the story of the Ray Sisters back into the library through a new display kiosk.

It took much more than a century, but finally, the women benefactors who actually made the Ray Memorial Library a reality – sisters -- have gotten their due in the form of a handcrafted mahogany pedestal and a modern kiosk and slideshow recently installed facing the Main Street entrance.

Who were these remarkable philanthropists?

In the 19th century, the industrious Ray family rose to prominence in Franklin, building an empire of more than a dozen textile mills, a railroad, and later having a dominant position in the “street railways” (aka inter-urban trolley lines) that linked nearly every community in the region before the automobile came to rule the road.

The Ray men made themselves wealthy and brought widespread prosperity to Franklin and beyond. But it was Annie and Lydia, daughters of Joseph Gordon Ray and Emily Rockwood Ray, who brought a focus on culture to the town and invested their wealth in projects for the public – in particular the 1904 Ray Memorial Library, built for the town in honor of their parents. But their names – the movers and shakers who paid for the structure and established an endowment that kept it functioning at little cost to the town for nearly 80 year – were absent.

Some of that was a result of their own modesty. But the rest is pure historical neglect, particularly after the town took ownership of the library in the 1980s, changing it officially to the Franklin Public Library, though “Ray Memorial” is still the acknowledged name for the great granite landmark that is the distinguishing feature of the institution.

The cure, it turns out, came in part from another long-standing town institution--the Franklin Library Association (FLA), which dates back nearly 150 years. It was the private philanthropic corporation that long funded library operations for the town. Still disbursing funds, now focusing especially on preserving the library’s key collections and artifacts, FLA member Nancy Rappa has long been bothered by how little library patrons and people in Franklin in general knew about Lydia and Annie. So, she proposed to do something about it, convincing her fellow FLA trustees to support an interpretive exhibit researched and authored by Reference Librarian Vicki Earls.

The final partner in the project was Rocco Cavallaro, a Franklin-based sign maker and a passionate worker of wood. With cues from Rappa and Earls, he laboriously crafted a pedestal of solid mahogany, even incorporating design motifs from the library and the Ray family crest. That was topped, literally, with a built-in screen with PowerPoint slides created by Earls that displays the story of the Ray sisters, finally making them an integral part of the library.

“I’m so thrilled that this if finally done,” said Rappa. “It’s long overdue,” she added.

Below, a late-in-life photo of Lydia (Ray) Pierce, her husband Arthur W. Pierce -- AWPie to generations of Dean students -- and Annie (Ray) Thayer. 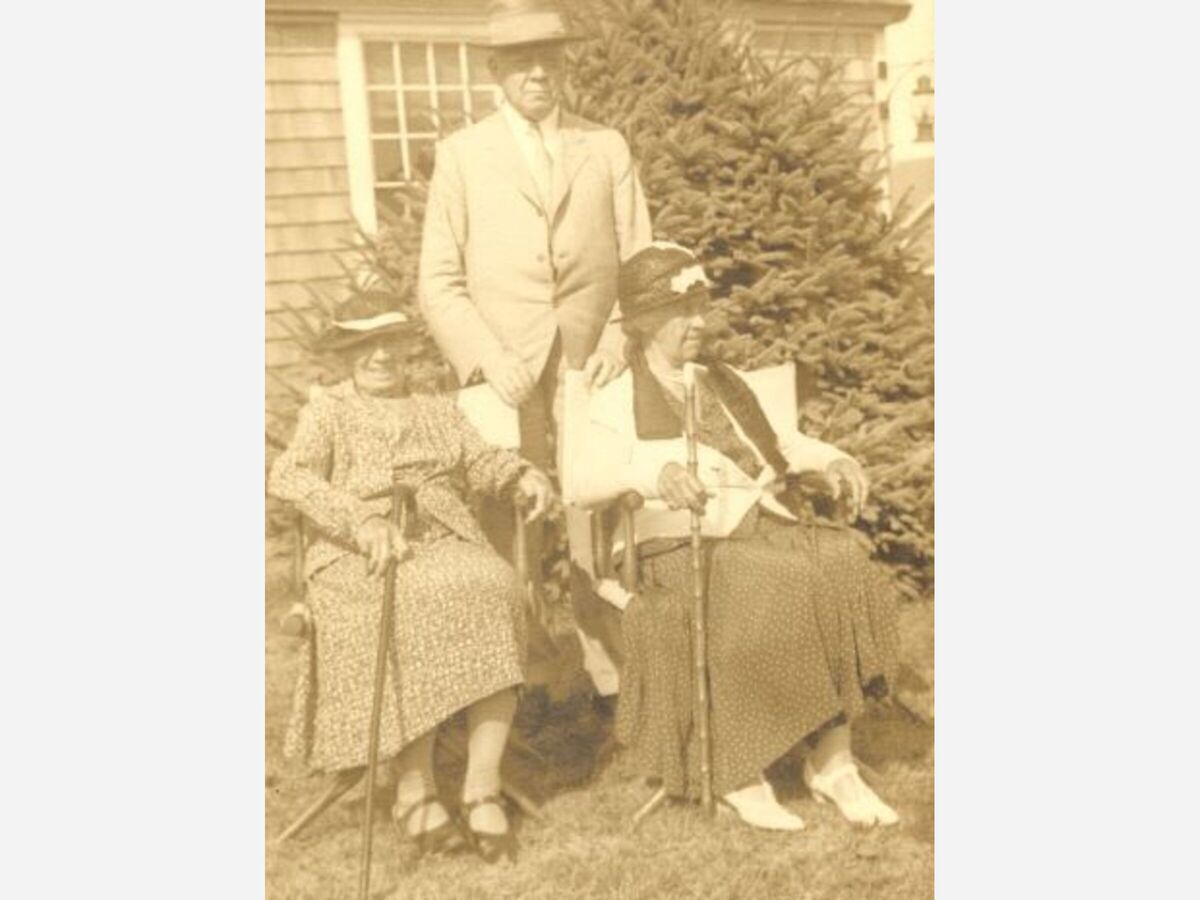 A Mission to Serve the Poor

14 Armenian Youth Chapters From Across US Convene in Franklin

FPAC Announces Audition for "The Wolves"

CA to Phase Out Gas-Powered Lawn Equipment, Will MA Follow?

But no help with overall cost unless you are already lower income.
Alan Earls Editor

In time to get you in the holiday spirit, Jeff Belanger will be at the library on Wednesday.
Alan Earls Editor